A chilling debut of first love, damage and a brutal murder Jellybird is a dark, unsettling novel of childhood secrets, and the remarkable debut novel by Lezanne Clannachan. 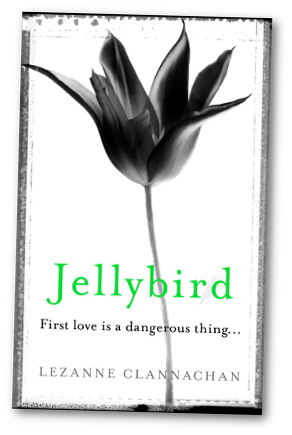 ‘I’m good at secrets,’ Libby says. Yes, thinks Jessica, I bet you are …

Jessica should have everything to make her happy: a loving husband, a growing reputation as a jewellery designer, hope for a family of her own in the future. Then she meets Libby – flattering, attentive – and believes she has found the friendship she missed out on as a child. Until Jessica catches her husband and Libby alone, heads together in whispered collusion.

With her life unravelling, Jessica flees home to the seaside town where she grew up. The discovery of an old postcard among her childhood belongings sends Jessica in search of her first love, Thomas, ‘the ghost boy’ who disappeared one night seventeen years ago. The last time Jessica saw Thomas he was covered in blood and begging her to hide him. Now to find him, Jessica must confront the secrets that link her to Libby, the missing boy and a brutal murder.

A tremendous debut with real psychological texture. The plotting is subtle, the balance between past and present finely judged, the prose fresh and precise.

A book to devour in one sitting, Jellybird is a dark and unsettling thriller from exciting new voice Lezanne Clannachan.

Jellybird is an exciting read […] It reminded me very much of Nicci French’s work and Anna Raverat’s chilling debut Signs of Life. It’s dark and unsettling, but it never sways from its course: a dramatic, often nail-biting, story told in a clear, heartfelt voice.

This is a nail-biting debut full of twists and betrayal – an author to look out for again.

[Jellybird is] a book I would recommend to anybody looking for intrigue and mystery, but particularly to fans of Erin Kelly’s novels – it reminded me a little of The Sick Rose. This is Lezanne Clannachan’s debut novel, and it has made me very interested to see what she’ll come up with next.

Read the full review at GirlVsBookshelf

An enjoyable, surprising novel with a very striking writing style… The plot is gripping…

Read the full review at My Book Life

My first book – Jellybird – began to write itself as I travelled home after my last day at work. With my coat no longer closing over my eight month belly and no proffered seats, I took train, tube and bus from Surbiton to Islington and never noticed a moment’s discomfort; I had been transported to a desolate, windswept beach where a girl stood looking out to sea; an image that had haunted me for years. Instead of spending my first day of maternity leave washing and ironing muslins, as planned, I bought a pad from the local newsagent’s and wrote all day.

There was something liberating about the permission to spend time in my own space. I was excused from the duty of late night working, late night drinking. As I decorated the nursery with stuffed toys and pastel cartoon wallpaper, my imagination freed itself from the adult constraints of deadline, budget and clock-racing.

Obsessions and fascinations rose to the surface as the Jellybird seed stuck and thrived. The question of what constitutes infidelity hounded me – did it have to be a physical act of betrayal or merely that first, unrealised whisper of attraction? Adolescent passion was apparently another of my absorptions. What would happen, I asked myself, if it wasn’t allowed to follow its natural course and peter out? Would this overblown, candyfloss emotion mutate into something more enduring, damaging even? I threw these problems at the girl on the beach, giving her more reason than ever to stand, alone and lost, by the water’s edge.

The story, like a cuckoo’s ravenous chick, grew and grew. Whilst I wallowed in the milk and talc of new motherhood, scenes played out in the back of my head. Every time my baby slept, I sat down to unburden myself from the gathered mass of words. I let the story run wild, unrestrained by planning or guidance. A feral thing that followed all its impulses. Years later, I would pay for the lack of discipline when I was faced with the problem of kicking it into shape.

I made the mistake – a common foible amongst new mothers – of talking endlessly about Jellybird. Over the next eight years my long suffering friends, family and considerate acquaintances enquired after Jellybird’s health and progress. Their polite enthusiasm was excruciating.

When my youngest child started nursery, I rounded on that manuscript. Paring and carving – whole scenes, characters, and plot lines falling away like whittled wood – until it became recognisably book-shaped. Then I sent it to a literary consultancy and promised myself I would read their report once before hiding the entire thing in a drawer and forgetting it for six months. What I hadn’t expected was the rush of renewed fervour I would experience on receiving a positive report.

Time accelerated. Within three months, the literary consultancy had introduced me to my agent. My agent then found a publisher. After those nine long years, the ‘actually happening’ of it all has left me reeling.

And what joy to finally have news for my long-suffering friends and family.

Lezanne is represented by